A quick political compass - for the confused

Nazism is authoritarian, and so it is leftist. It is national-leftist. It leaves some room for the individual.

The One-World Order is the extreme left. It makes children out of everyone and imposes the state as everyone's parent. This "parent" shall decide everything, including everyone's genetic makeup. Their schools teach bullshit because you're not expected to ever grow up. They don't think you have the ability.

Most of us went to these schools. It is one of the first institutions they hijacked.

The extreme right, if it existed, is complete individualism. It expects everyone to be a responsible adult. It is an ideal to work towards. Under individualism, people take responsibility for their lifestyles. They don't eat to obesity and then run to the clinic for their diabetes. They know doctors can't exercise and diet for them. They know hospitals are only ever a last resort, not a wellspring of health where everyone can vacation.

Centrism is a realistic in-between, where we expect adults to act like adults, to the extent their abilities permit them. This is Trump's position. It is America First. The extreme left, in its perpetual psychological gaslighting, calls this "right-wing extremism" and brands it "racist", "authoritarian", and "fascist".

Here is Canada's jackbooted Prime Minister Justin Trudeau, gaslighting the world about the many principled people who came from all over Canada, protesting in Ottawa for medical freedom: 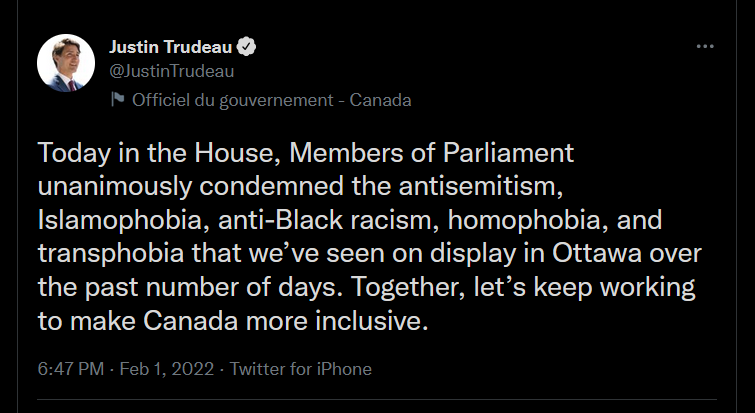 These are the actual Canadians protesting for freedom: 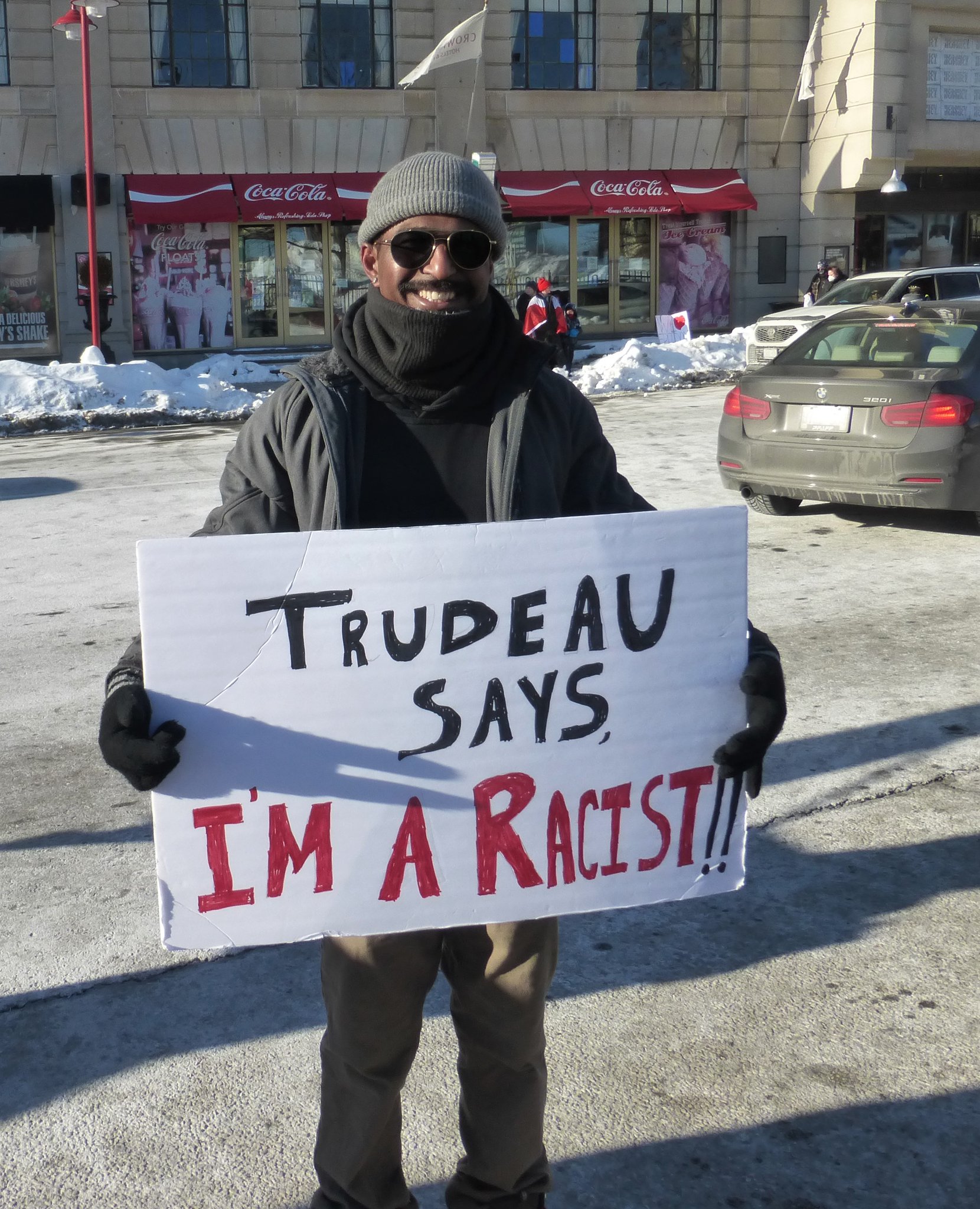 The freedom everyone is protesting for? To not be forced into the injections that did not protect Justin: 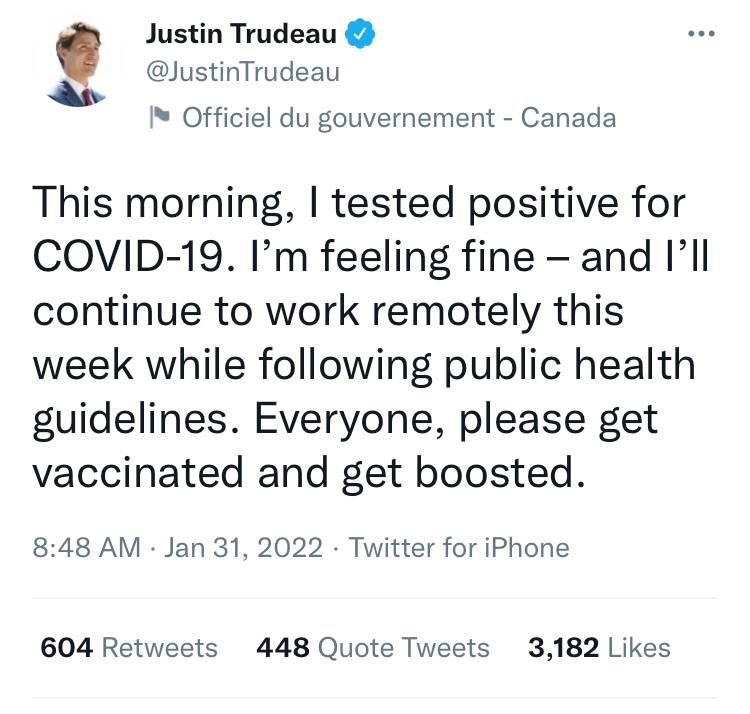 These countries are dominated by people who have not mentally grown up. The "voters" are adults who long-ago accepted the state as their perpetual parent. "The state" is a coalition of psychopaths who run central banks, intelligence agencies, the largest corporations, and the media. They also count the votes.

In the US, it's almost the same. But more people are awake, and the outcome affects the entire world.

The US South has the last remaining concentration of people with a non-submissive, responsible adult mindset. This, along with individualists in other nations, is the last cradle of liberty remaining in the world.

If these ideals are squashed, liberty is extinguished. Liberty requires individualism. Without responsible adults who won't cry to the federal mommy for their every little fear and boo-boo, the world becomes full of perpetual children. These have already been fed false beliefs, and led by psychopaths to their slaughter.

You will take the injections and accept whatever modifications this causes in you, up to and including death. Because you also drink the fluoridated water and eat the hot dogs, whatever is in them.

We injected our kids with regular vaccines. We didn't question the SIDS that happens 7 days later.

Grow up and take your country back. For your freedom, and everyone's.

The hypnosis stops with you

The whole vaccine-based totalitarian takeover is based on voluntary hypnosis. Justin Trudeau is a hypnotist. He and the media he's paying are trying to suggest to you the opposite of what is true. If you believe them.

Showing 2 out of 2 comments, oldest first:

It is hard to imagine a worse strategy than universal vaccination against a single, obsolete virus protein. Every booster dose just further ingrains this off-target immunity, ultimately assisting Omicron in its spread. Here we are saved only by Omicron’s starkly reduced pathogenicity. In causing mild, fleeting illness in most of those infected, Omicron spreads more effectively in virus-paranoid populations, and it provokes fewer antibodies, expanding its prospects for reinfection and continued, endemic circulation.

All of the other endemic coronaviruses that regularly infect us work in much the same way. They are pervasive, they cause very mild illness, and they commonly reinfect their hosts every 1 to 3 years. We are not on the verge of the endemic phase, we are in it. There will be seasonal SARS-2 infection spikes probably for as long as humans walk the earth. The vaccinators, unless they are stopped, will only make these spikes more dramatic and disruptive.

Once every few weeks, it's worth checking out this page:

The excellent author continues to update the page as the deaths come in. We're seeing a notable increase in December (68 deaths) and January (58). What looks like a drop-off is most likely not, it's just information delay:

This does not yet include Alexandros Lampis, 22, died yesterday, cardiac arrest during match. They just keep coming.

My prediction is that the monthly numbers are going higher and higher, and the deaths of regular people are going to dwarf the athletes. Peak athlete death month is likely going to be later this year. Deaths of sedentary people are likely to peak in 2023. They will still be high but lower in 2024, tapering into 2025. I cautiously stand by this prediction.