Since yesterday, propagandists brag about this Malaysian "random controlled trial" on ivermectin:

Igor Chudov points out the study did show ivermectin works. Look at these numbers:

Now compare this to the authors' conclusion:

Even more brazenly: the way they tested it was like testing a firearm without bullets!

Ivermectin is an ionophore. It's one of the most effective. Like HCQ or quercetin, it helps zinc cross cell membranes. It cannot help zinc that is not there.

This trial does not mention zinc even once. Go ahead, download the PDF, Ctrl+F zinc. Zero results!

This is like testing an electric car, finding it died after X miles, and never mentioning they did not charge it.

I'm not sure how to describe this otherwise as outright, anti-human fraud. At least the results are honest.

But this is where we are. This is Canada: 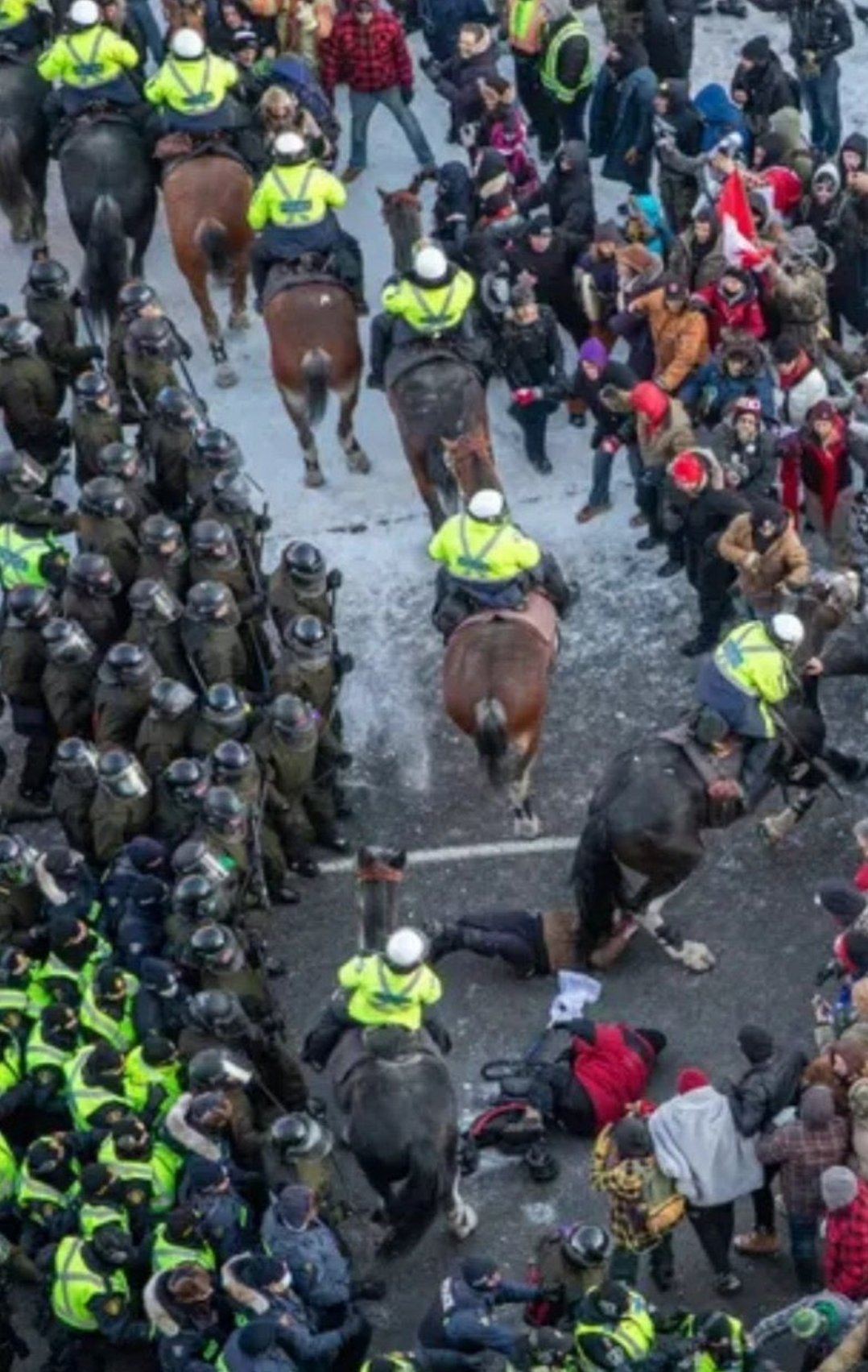 Horse-mounted police charged into a group of protesters, trampling an elderly woman in a walker.

This is the same woman, moments before she was trampled:

The woman is a native Mohawk elder chanting "Peace, love, happiness!" – and Trudeau portrays this as "violent white supremacy", "are we going to tolerate these people?" and "there is no room for hate."

The protesters request to not be forced into known harmful vaccines, which do not prevent disease or transmission, and were found filled with poisons in every independent lab investigation that looked at it.

The obvious intent of the vaccines is to harm people with graphene and metals. But they also inject unprecedented nanotech that's going to surveil and control the survivors: 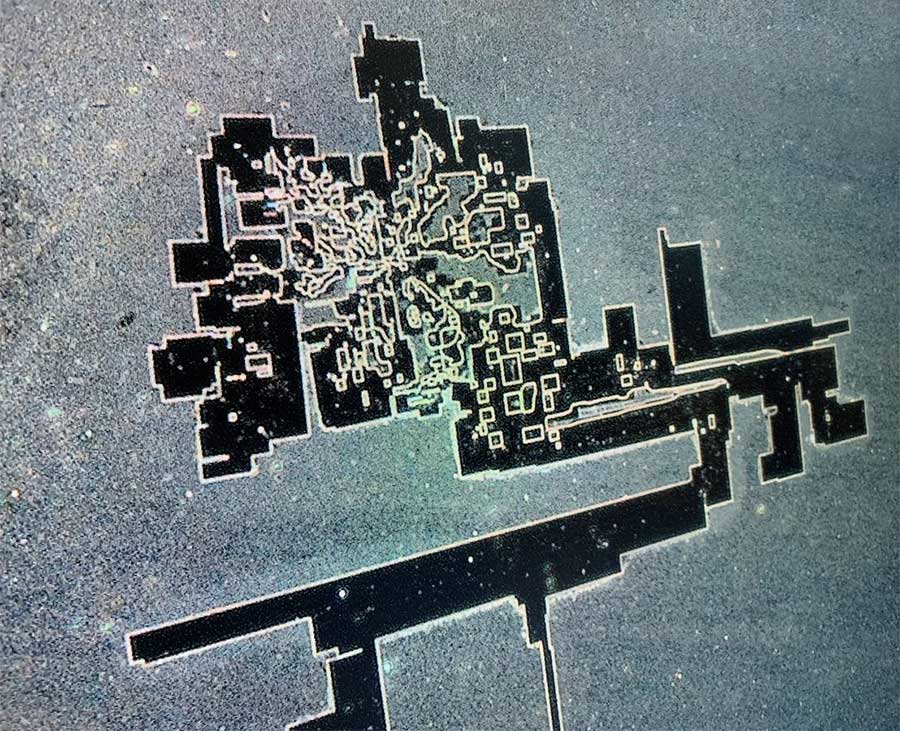 This is from microscopy of the contents of vaccine vials, after heating to body temperature. This is from the "Life of the blood" article, which is currently "account suspended". It is consistent with reports from others.

It is a murderous, transhumanist injection. It's installing humans with an off-switch and internal monitoring. This video is very much worth watching, to understand the plans they have for you. Dr. Yuval Noah Harari:

In Ottawa, the WEF-affiliated Justin Trudeau did not once talk to the protesters. Instead he compared them to Nazis and denounced their "violence". This violence was nonexistent until Trudeau invoked martial law, started freezing bank accounts, and ordered the police to become aggressive.

The police did not want to use force. Before they did, the Ottawa Police Chief Peter Sloly resigned, and then the replacement interim Chief backed out also.

The police are reluctantly subverted under a fraudulent power structure. This Malaysian "ivermectin study" shows us how science is subverted, too. And it has been like this for a long time.

But what can a single person do about it? 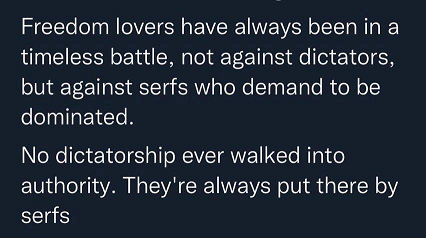 All it takes is that you have a backbone. Don't be a serf.