Covid-19 is mostly snake venom added to drinking water in selected locations. There may also be a virus, but the main vehicle of hospitalizations is boatloads of powder, mixed in during "water treatment."

Remdesivir, the main treatment for Covid, is injected snake venom.

The treatment and the vaccines cause the same symptoms as the disease – except worse, because they are injected. They cause you to test positive for "Covid-19", and the symptoms can be pinned on that.

This is the conclusion of Watch The Water – a long-awaited interview by Stew Peters with Dr. Bryan Ardis: 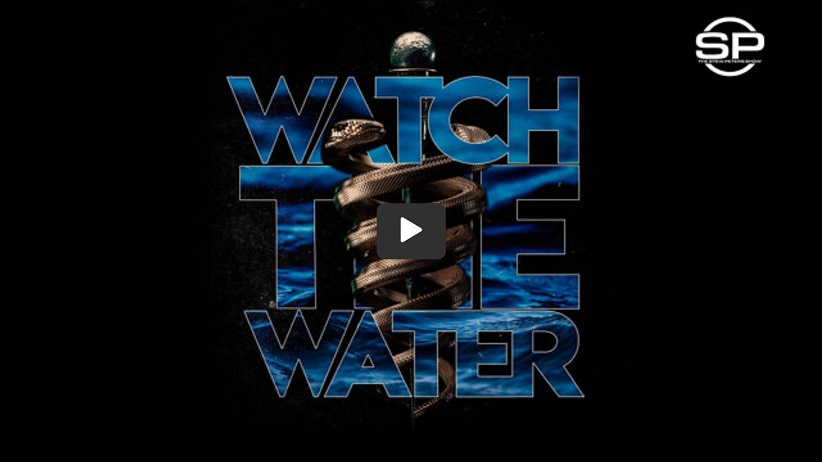 There is also a longer version, with an additional 10 minutes of livestream.

Down the rabbit hole:

The media and facts:

Covid is a venom:

"There isn't anything in relationship to symptomatology of Covid-19, injuries post Covid-19 vaccines, treatment with Remdesivir that cannot be correlated back in research studies to venom in cobras, kraits and other vipers."

There is also a longer version, with an additional 10 minutes of livestream.

Showing 4 out of 4 comments, oldest first:

If you liked that – follow-up interview with the video editor, Nicolas Stumphauzer 😀

Interesting video by the insightful Andrew Kaufman, who points out details to consider when analyzing what we know and what we don't know. Kaufman focuses on the F1000 paper which Dr. Ardis points out as a principal piece of evidence for toxins involved in Covid-19 illness or treatment:

According to her, Bryan Ardis is fundamentally right, but has an inexact understanding.

I could hardly keep up with her, let alone repeat what she said. She is like a hypersonic cannonball of knowledge 😄

Ray Horvath posted a link to this incredibly interesting article by Jim West, originally from April 2020 (archived), which hypothesizes the Covid pandemic was jump-started using cyanide and EMF, and then sustained with other approaches like fraudulent testing:

"The pandemic trigger was a global decision to allow refineries to release higher levels of cyanide into the atmosphere and into the natural gas fuel stream. Cyanide is normally emitted from refinery converters ("crackers"), because converters generate cyanide from nitrogen compounds present in the oil. However, fracked oil can contain 20x higher levels of nitrogen compounds, and thus the necessity to dump cyanide into the atmosphere and fuel stream is pertinent to fracked oil."

"Hydrogen cyanide (HCN), is a highly toxic gas, a refinery waste product. It can cause symptoms similar if not the same as COVID-19 symptoms, such as coughing, hypoxia, lung and kidney damage."

This would explain why Houston, TX, for example, was especially hard-hit; while Dallas / Ft. Worth, in comparison, was not.

"The West Nile "virus" pandemic of 1999 was similar to the COVID-19 pandemic. Both are flu-like diseases that mainly threaten older people. My published research found toxic MTBE (methyl tertiary butyl ether) at 15% of gasoline in epicenters, with this unknown to the general public. The EPA recommended MTBE for ban at the height of the epidemics in 1999. MTBE began a slow phase-out. The West Nile pandemic diminished over the years.

Like COVID-19, air pollution data correlated with West Nile disease incidence and positive test results. Symptoms of West Nile disease are the same as air pollution symptoms. The West Nile virus is an unproven entity. NY DEC told me that MTBE was regulated at the refinery by “discretionary letter”. A DEC scientist told me that they (DEC's Ward Stone of the State Wildlife Pathology Laboratory) changed their avian necropsy reports from "industrial poisoning" to "West Nile virus" because of (as he briefly laughed) the obviously heavy-handed politics that were going down -- daily headlines screaming "Deadly Virus", and helicopters spraying pesticides over the city.

Like COVID-19, all epicenters were downwind from oil refineries. Seniors were most affected, yet diagnostics were defined with an age range biased towards seniors. ABC News reviewed the study August, 2001, after vetting. The Townsend Letter for Doctors and Patients subsequently published the study."