In this serene time of global enjoyment, uplifted spirits and quarantine camps, I call attention to the 1992 album, "The Future," by one Leonard Cohen. 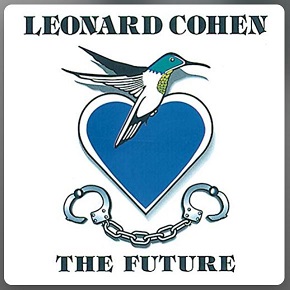 You may know Cohen as a singer/songwriter, most famous in the 70s and 80s for songs such as Suzanne, Famous Blue Raincoat, or Sisters of Mercy – they are not departed or gone.

In early 2000s, I discovered this album from 1992. The style is different; the songs take an ominous tone. 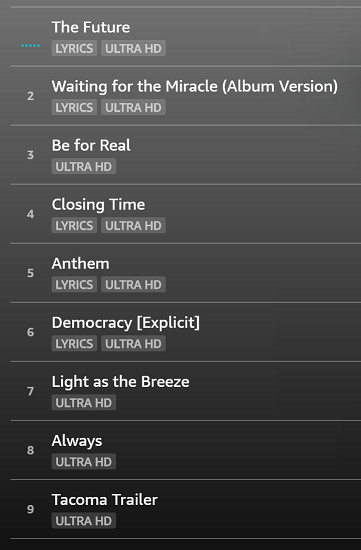 I've enjoyed the titular song, The Future, for 20 years. I was jarred awake today when I truly heard it:

Give me back my broken night
My mirrored room, my secret life
It's lonely here, there's no one left to torture

The elite have secret lives. They are sadists.

Give me absolute control
Over every living soul
And lie beside me, baby, that's an order

The elite seek total control with no choice for others. Including using anyone for sex.

Decadence is accelerating. Our culture is being destroyed. Nature is threatened by overpopulation.

Give me back the Berlin wall
Give me Stalin and St. Paul
I've seen the future, brother – it is murder

The Cold War was better than what's coming.

Things are going to slide, slide in all directions
Won't be nothing, nothing you can measure anymore

There will be total upheaval. You won't know what's true or false.

The blizzard, the blizzard of the world
Has crossed the threshold
And it's overturned the order of the soul

The plans are in motion. A bleak, technological order threatens existence enjoyable for the soul.

When they said repent, repent
I wonder what they meant

This is being done by people who are so far from spirituality, they have no clue what they're doing.

You don't know me from the wind
You never will, you never did
I'm the little Jew who wrote the Bible

The world elite do not make themselves visible. They hide behind Jews as a shield. They manipulate religious texts and gaslight history.

I've seen the nations rise and fall
I've heard their stories, heard them all
But love's the only engine of survival

The elite is ancient. They know the history of the world, as opposed to lies we're told.

Your servant here, he has been told
To say it clear, to say it cold
It's over, it ain't going any further

Cohen was instructed to compose this music, and to make it a clear warning.

A crash of Western civilization is planned. No more fun times. Large-scale deaths.

Principles we take for granted will be violated grossly. This will affect everyone personally.

There'll be phantoms, there'll be fires on the road
And the white man dancing

There will be deception and rampant destruction. The elite will be untouched. They will act out roles.

People will be lynched in the street. Everyday folks will become bloodthirsty. The elite keep performing.

Give me back the Berlin wall
Give me Stalin and St. Paul
Give me Christ or give me Hiroshima

Almost anything in the past is better than what's coming. If you don't seek refuge in spirituality, you're better off being blown to bits by an atomic bomb.

Destroy another fetus now
We don't like children anyhow
I've seen the future, baby – it is murder

The elite seeks population reduction, both by decreasing births and increasing deaths radically.

Other suggestive titles on this album include:

In September 1994, the UN held the International Conference on Population and Development in Cairo. 160 countries allegedly agreed to reduce the world population to 800 million.

At this point, experiments with AIDS had already been going on for decades.