We are told Dr. Andreas Noack has died. In this video, a woman who appears to be pregnant with his child explains he was violently attacked ("heftig angegangen") shortly after an interview, and did not survive. This comes a few days after his video about the effects of graphene hydroxide which has been found in the injections.

Here is the video that may have cost Dr. Andreas his life: 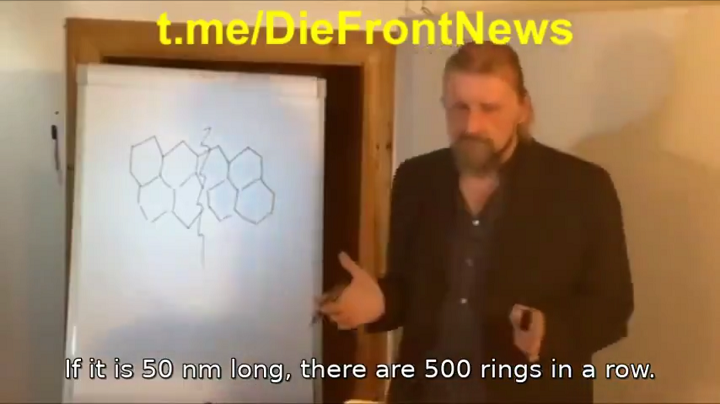 So that's how we get VAERS reports like this. A boy, age 13, who never ever needed any dose of Pfizer:

By now, you must have heard of the ominous Omicron variant! Look at its terrible symptoms: 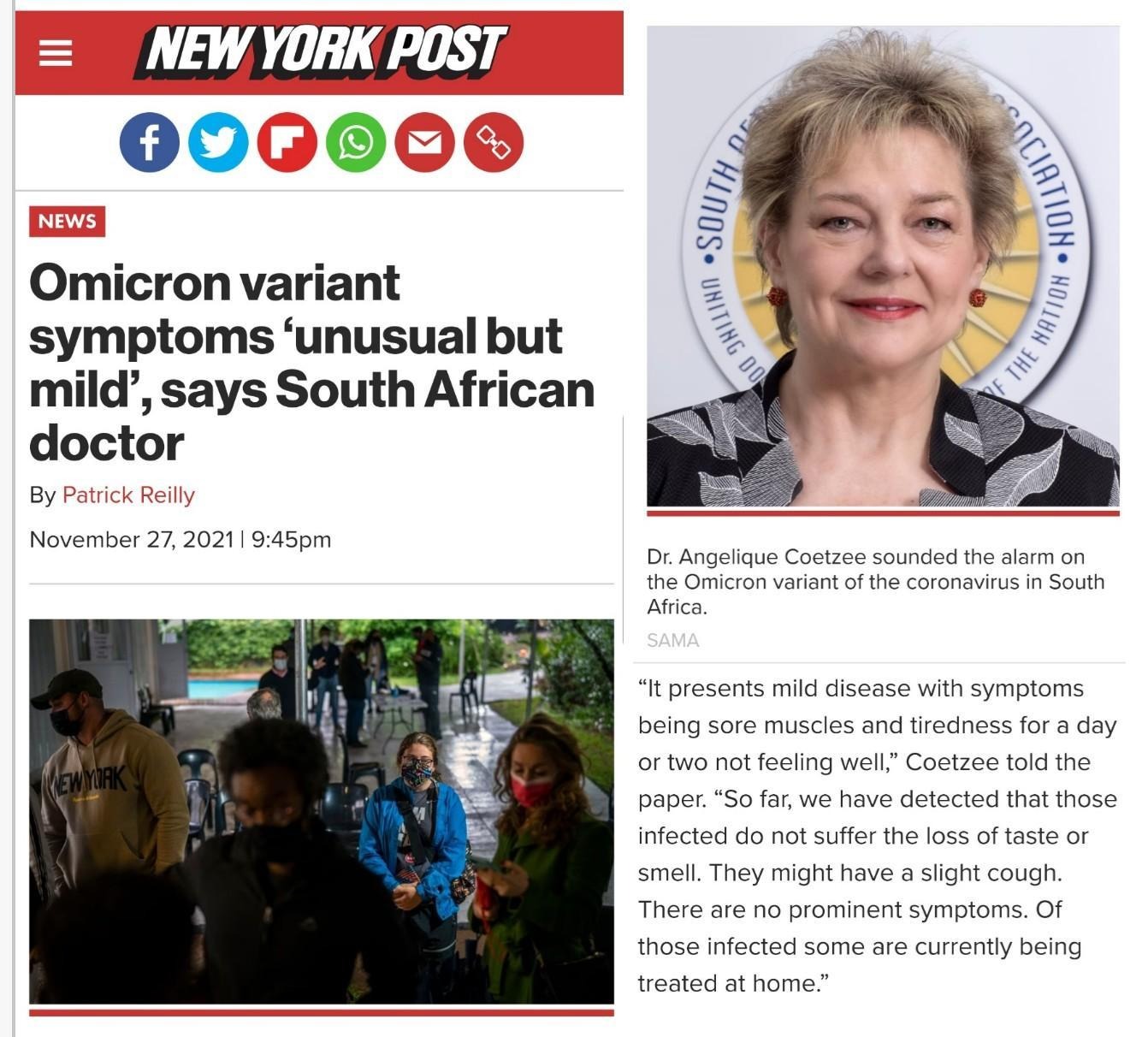 Sore muscles! Tiredness! Slight cough! Better get vaccinated for it. Pfizer and Moderna are already working on it:

Wisecrackers point out these anagrams:

I'll leave you to speculate what this means. 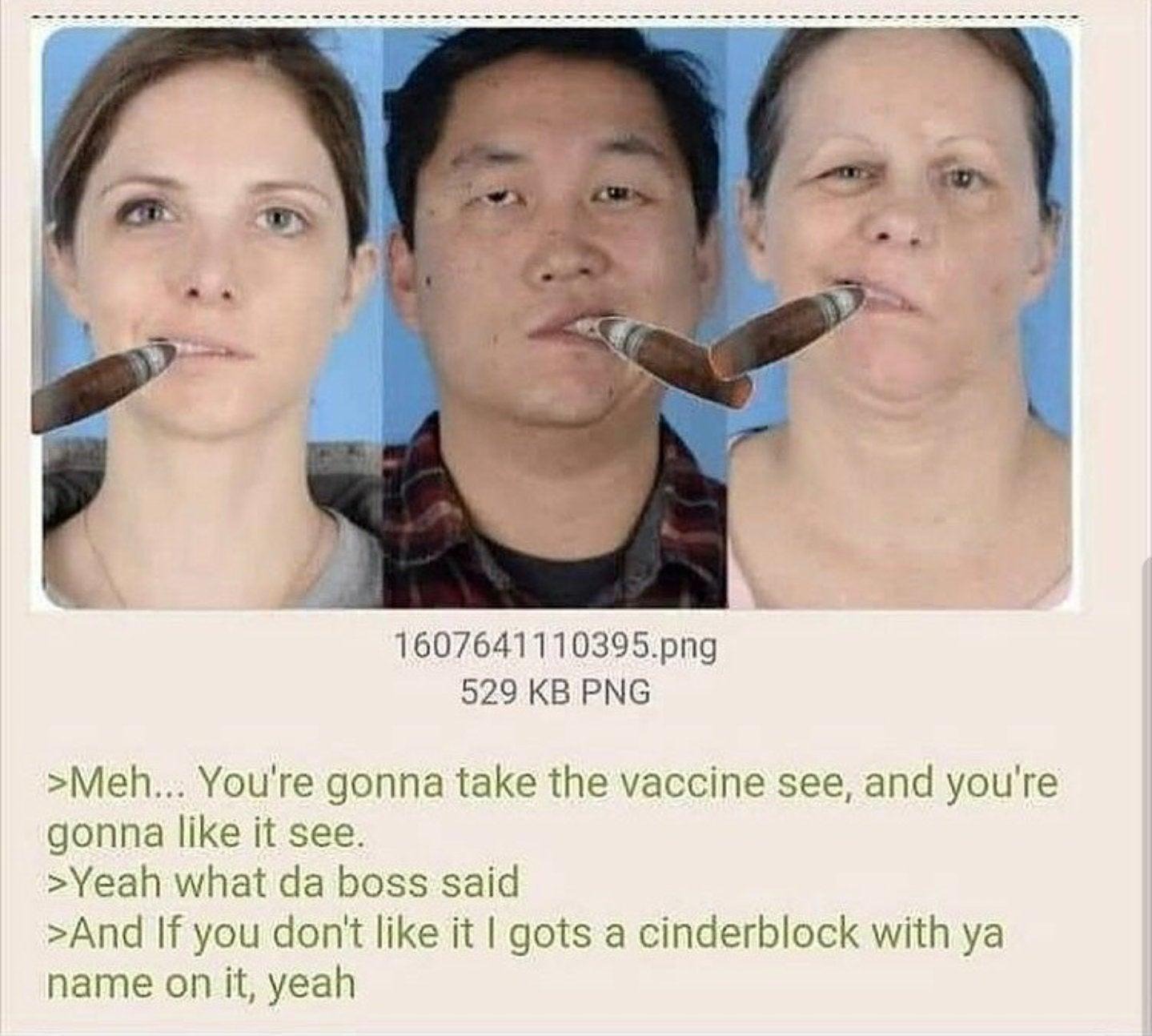 The "cigar" pictures are about vaccine victims with Bell's Palsy. Here's another: 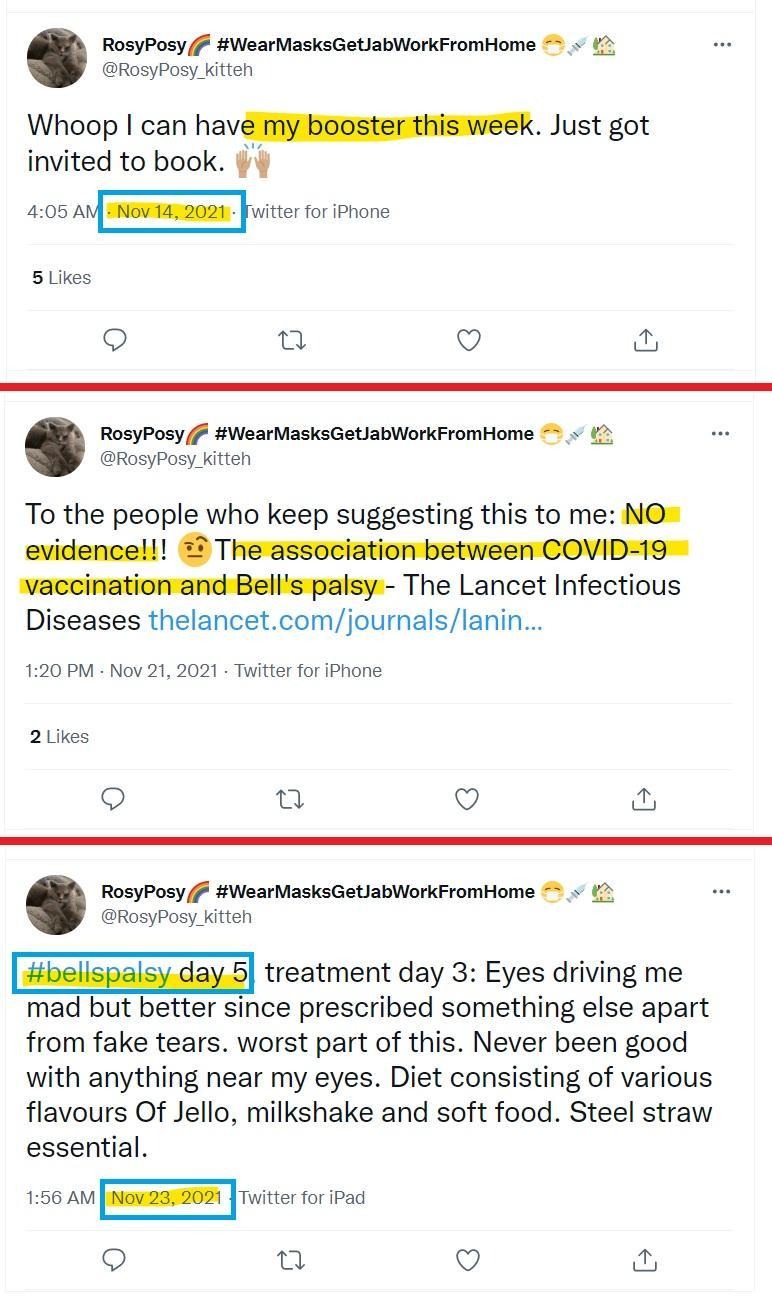 Showing 9 out of 9 comments, oldest first:

You may want to see this:

If I was a multinational company contracted by world governments to conduct genocide on their own populations, these are exactly the kinds of ironclad terms I would require to be put in place.

Conducting genocide is risky enough as it is. It would be crazy to do it without these assurances.

"Here's your latest booster from denis's Extermination Services. It's mandatory. We hope you enjoy. Safe and effective!"

Regarding Dr. Noack, I'm having a hard time ascribing any credibility to him after watching the video indicating he had been brutally beaten and then, just a few hours later, indicating he had died as a result of breathing difficulties. These are two diametrically opposed manners of death. It's not as though one could ever be mistaken for the other. While I found his video about graphene hydroxide interesting, it leads me to wonder if there isn't some delusion at play if his (supposed) death changes so dramatically in the span of one day.

The video above was very interesting. Kudos to Gravitas for fleshing out these contractual details. It's a shame real journalism is all but dead.

You gotta stop grasping for straws to discredit.

Dr. Noack's analysis is based on Raman micro-spectroscopy by Dr. Pablo Campra Madrid. Dr. Campra appears today in this segment on Stew Peters:

Dr. Campra reports that a French group have detected definite Bluetooth-like symbols emanating from injected people. There appears to be connectivity including a MAC address (the fundamental peer-to-peer address type in all network connectivity). It appears in a significant percentage of "vaccinated" people, but not all. They find this signal after confirming that the person is not carrying a mobile phone, Apple watch, or something else in the Internet-of-Things. Instead, the persons themselves now appear to be part of the Internet-of-Things.

I believe these reports. A number of other labs have found things in the vials that have no other plausible explanation than that they're part of a computing platform. Example is this German pathology conference:

The good stuff starts at 1:27:00. Watch from that point and you'll see images that I can only describe as nanotech devices. It stands to reason these devices would have network connectivity.

The 5G angle is therefore very real. I call attention to this video by Dr. Franc Zalewski:

He analyzed multiple Pfizer vials. He found the first two were saline placebo (this is consistent with other reports). The next ones, however, contains what he thinks are "eggs" that, when exposed to graphene "food", develop into a "creature" with a 25-micron head and very thin, 2.5 mm tendrils. Based on spectroscopic analysis, he thinks this is an aluminum-based lifeform.

This is consistent with the Catherine Austin Fitts interview, months ago:

I think they're killing a lot of people, but the rest are being installed with an operating system that will control and zombify you.

Multiple people have sent me this excellent interview with Melissa Ciummei, a financial investor from Northern Ireland:

Here is a Bitchute mirror:

This does a good job of introducing the economic aspects of what's happening. The financial system has collapsed, it's being held up on life support by printing tremendous amounts of money. This money is being given to hedge funds to buy up the real assets of society where everyone else is kept in lockdowns. Small and medium size businesses are meant to go bankrupt so that the wealthiest elite can concentrate total economic control of society. A huge proportion of people will become economically useless due to advancing AI, and the ostensible solution for them is Universal Basic Income. Which means they're going to sit at home and do nothing. The vaccines are medically completely unnecessary, and are simply a way to get everyone on board of the new, coercive economic system.

My take is darker than Melissa's. The psychopaths who push this "transition" have shown complete disregard for human life in the vaccine rollout. Even the short-term deaths from vaccines are about 1:1,000. In my opinion, the plans involve just as much UBI for the useless eaters, as there are nice farms upstate for old dogs who go to the vet.

Includes information about the November 2020 police raid during his live stream. The information starts at 3m 30s. The video clip starts at 4m 57.

In this UnHerd video, Australian Hayley Hodgson describes her 2-week detention in the Howard Springs "Centre of National Resilience":

- She was identified as a close contact of someone who tested Covid-positive.

- They found her by license plate and sent people to visit her at home.

- They asked if she got any Covid tests. She lied. Said yes, a while ago, it was negative.

- They called back minutes later, couldn't find a test record. She admitted she lied.

- They told her to wait at home to be tested. Instead they sent police to take her to the camp.

- Other close contacts were allowed to self-quarantine at home. She was sent to the camp because she had lied about the test.

- The decision who to send to the camp seems to be made by an anonymous official. There is no judge or jury, it is arbitrary.

- If you misbehave in the camp, you can be made to stay longer. This is also arbitrary.

- If you refuse to "voluntarily" go to the camp, the police take you, and there's an additional AUD 5000 fine.

- In the camp, if you cross a line on the ground without wearing a mask and having a "good reason", there's an AUD 5000 fine.

- Your vaccination status doesn't matter, vaccinated people go to the camp too.

They aren't gassing people, for now, but this is probably to normalize arbitrary detention, which they can use to eliminate dissenters. If you're a dissenter, you're going to be sent to the camps one, two, three, or ten times, until one day in the camp you fall ill with a deadly disease and don't come back.

They can poison you in any number of ways. Radioactive material under or above the bed, transdermal injections, poisons in water or food, whatever. The explanation will be, "Well, they were quarantined because we suspected they carry a deadly disease, and the deadly disease is obviously why they died."

In England, they have built similar facilities with a crematorium right next door. Yay!

"Two 15-year-olds, illegally vaccinated before the EUA, are dead"

"15-year-old female who died of cardiac arrest on April 6, 2021 in New Hampshire which was 3 or 4 days after her second Moderna shot"

"15-year-old male who died of cardiac failure on April 20, 2021 in Colorado which was 2 days after his first Pfizer shot"

The video also shows very strange things from the vaccine vials themselves, which is also consistent with the other videos I've seen, from a variety of labs and countries.

Just based on the blood samples, I can't understand how the vaccinated can still be alive. Their blood does not appear to be functional. Somehow, the body miraculously lives, even under these circumstances.